The die -bit maximum data transfer from one network to one point on a specific connection is what you call bandwidth. In practice, an Ethernet connection has a bandwidth of 1000 Mbps or 125 megabytes per second, so an Internet connection can provide 25 Mbps of bandwidth through a cable modem.

To help you understand how it works, think about how water passes through a pipe. Larger pipes can deliver more water, while smaller pipes can deliver less. In this case, more bandwidth equals more data that can be sent at any given time. Consumers pay for the service they get. The higher the capacity of the service provider, the higher the cost. And while you can pay for the best, the maximum bandwidth you can get will always vary depending on where you are in the world. There are several factors that can affect your network performance, and the maximum capacity of your connection is just one of them. Since most applications require different amounts of bandwidth, they can all be serviced depending on their allocation. A connection that requires maximum capacity will function without a problem, while the connection with the lowest bandwidth, often referred to as a bottleneck, will limit the overall data capacity in the path.

Managing bandwidth and the Internet, in general, can be confusing at times, requiring a lot of acronyms and jargon. Here is a common mistake that people always make, and we should avoid, Mbps and MBps. Funny how a letter can make a difference. Knowing the difference between the two would prevent you from paying more for your Internet service altogether. 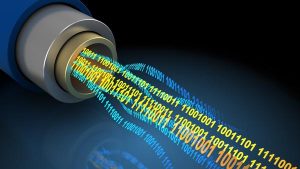 Take, for example, 15MB does not equal 15MB (note the lowercase b). The first reads as 15 megabytes, and the second as 15 megabytes. A factor of 8 is the difference between these two values ​​since there are 8 bits in a byte.

As we use the internet on a daily basis these days, it’s good to know how much bandwidth we are using for each transaction. Below is a portion of the recommended bandwidth for some Internet services, from smallest to largest allocation (kilobits to megabits per second).

As we said before, since different applications require different amounts of bandwidth, you can decide how much you prefer to pay based on your needs. If you have a hard time using Facebook with occasional video viewing, a low-end broadband plan may be right for you. If you plan to stream Netflix with a few TVs, computers, and other devices, you may want to go for a higher bandwidth connection which is probably a lot more expensive but will be worth it.

Symmetric bandwidth refers to the same volume and speeds up the amount of data that is communicated or travels between two given points. Uploading and downloading files will have the same capacity – symmetrical. Symmetrical communication can be seen in different cities around the world through fibre optic and cable internet. The best example of a balanced bandwidth connection application is video conferencing. You can enjoy un-buffered video file transfer with this type of connection.

In this type, unlike symmetry, the two directions do not have the same amount of data communicated per second. The upstream data transfer is less than the downstream data flow.

This is called the asymmetric digital subscriber line (ADSL) and is the perfect example of this type of bandwidth. The download speed of an ADSL is much higher than the download speed, mainly because downloading files and media is used the most than downloading which only has to send a request to access the URLs.

The power these days comes to those who know the news as it arrives – in real-time. It is the digital age where everyone can have a say in what is going on around them and it is imperative that a strong connection is available for that to happen. A common problem for users is finding ways to increase their Internet bandwidth and access the network faster. The signal strength of your router wireless to your computer greatly affects your wireless bandwidth. The improvement in bandwidth and transfer speed can be attributed to an increase in your wireless signal from the router to where your computer is located. Below are several tips for increasing wireless bandwidth.

The Internet is always evolving and still finds ways to innovate and improve its services every day. To maximize the benefits of your internet service, you can check with your service provider for updates to your plan and try the different tips to increase your bandwidth as given above.